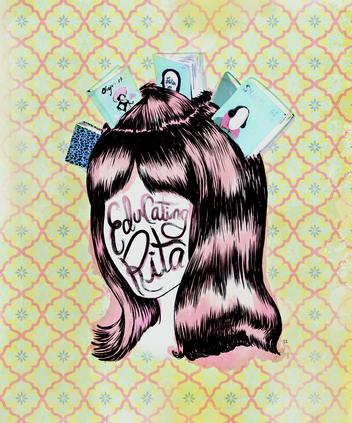 Live and learn.
Rita is street smart, a twenty-something hairdresser with a passion for more. Frank is disillusioned, a down-on-his-luck professor driven to drink. Rita is brash. Frank is burnt out. But as Frank tutors Rita for her exams, their lessons teach them things they never expected about their own lives. Thirty years after it took the world by storm, Triad Stage celebrates Russell’s delightful comedy of ideas. Part Pygmalion, partWorking Girl, this is the story of two unforgettable characters with the courage to learn.

At the heart of Educating Rita, playing now at Triad Stage in Greensboro, lies an unlikely relationship between a naïve but desperate-to-learn young coed, Rita (Lori Prince), and her bitter, hard-drinking tutor, Frank (Dennis Parlato).The comedic yet thought-provoking show carefully explores the true meaning of “education,” what we sacrifice during the learning process, and the bonds that can be forged in the most unlikely of places.

Intellectual awakening, much like a little knowledge, can be a dangerous thing. It can interfere with politics, social mores, and, especially where beautiful young women are concerned, personal relationships.

Educating Rita, first staged in 1980, explores this topic in a comedy with tragic undertones. Triad Stage brings one of the motherland’s most successful modern works to its stage at a moment when the theatre company itself is reaching full bloom.