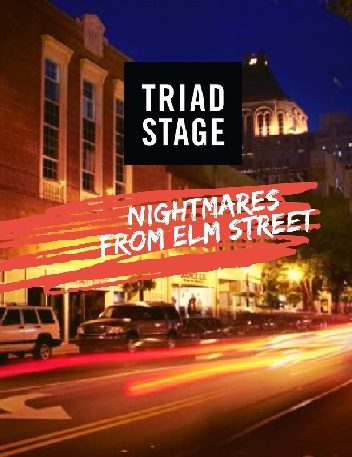 The fear begins with Caterpillars by E.F. Benson: a creepy tale of an evil that lurks in a seemingly sunny and peaceful Italian villa. While best known for his comic Mapp and Lucia novels, E.F. Benson was one of the most acclaimed ghost story writers of his time and Caterpillars is widely considered to be one of his best and scariest creations.

The next story is by 19th century US author Mary Eleanor Wilkins Freeman.  A feminist writer known for her strong female characters, Freeman wrote in a variety of genres.  The Lost Ghost is one of her most acclaimed supernatural tales.  Set in New Hampshire at the turn of the 20th century, Freeman’s story introduces us to a remarkable group of women faced with the fear of the unknown.

The final story is by one of the greatest writers of the supernatural: Edgar Allan Poe.  The Masque of the Red Death, one of Poe’s most well-known stories, tells of a country facing a pandemic.  The ruler throws a party to flaunt death and discovers a very unwelcome guest.