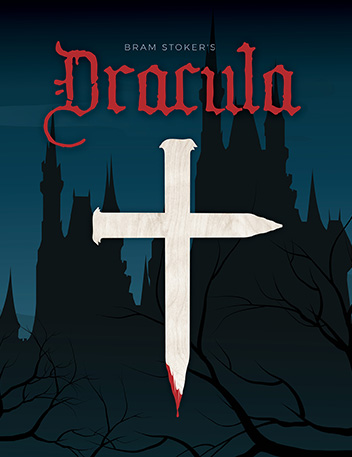 Bring the garlic and wooden stake, but leave your disbelief at home. A bloodsucking stranger appears in London and has citizens locking their doors and praying for dawn. Join the fight against the darkness that strikes even the purest of hearts.

From the Artistic Director
I love a good scare. There’s nothing as thrilling to me as when I’m part of an audience so completely drawn in by a play we believe the danger on stage is 100% real. Dracula scares us. It is filled with chills and thrills. But it also gets under your skin. The vampire’s evil infects everyone who comes into contact with it—even those determined to destroy it. The story haunts you long after it’s over—and that’s what makes it really terrifying.

A Classic Tale of Horror Dracula at Triad Stage