A theatrical escapade by Donald Margulies 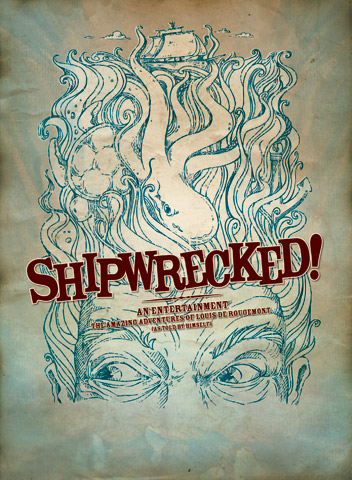 Don't miss out on High-Seas Adventure Seating for only $10! These seats are only available through the box office at 336.272.0160.

A Theatrical Escapade
by Donald Margulies
directed by Jen Wineman

It’s in the telling; not the tale.

Come one; come all for the truest flight of fancy you’ll never forget! Hear Louis de Rougemont’s story of survival in the Coral Sea as he battles typhoons, monstrous killer octopi and fierce cannibals in this rip-roaring delight for adventurers of all ages. Stranded on an exotic island with only a loyal dog for company, his world grows more fantastic, populated by flying wombats, giant sea turtles and an aborigine princess. Upon Louis’s return to civilization thirty years later, the account of his escapades makes him an instant celebrity. But was it real or just a figment of his imagination? Will he be vindicated or will his reputation be ruined forever?

Triad Stage Takes Audiences on an Imaginative Journey in Shipwrecked!

And indeed, it has all the trappings of a Jules-Verne-style read: you are captured, enraptured, and swept away in a whirlpool of excitement, trepidation, and laughter.