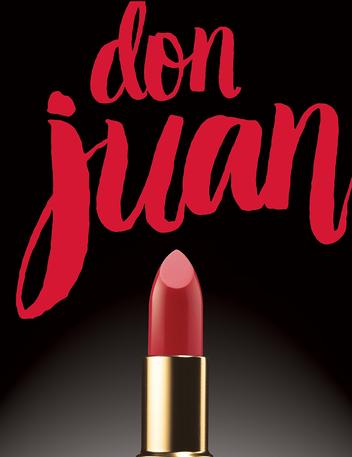 by Molière, adapted by Preston Lane

Three of the funniest actors from Triad Stage’s first fifteen seasons return to go wild with Molière’s wicked comedy of love and lust. A planned production of Don Juan threatens to go off the rails when the rest of the cast doesn’t pull their weight, but the play goes on thanks to the Herculean and hilarious efforts of three Triad Stage all-stars to bring the show about the world’s greatest romancer to uproarious life.

“Fun and creative - can't believe how much of this side-splitting play is in the original play from 1600s. Great job!”

As intoxicating as a Chanel fragrance and as misleading as a retail shopping sale, Don Juan's love may be more powerful than Cupid's…and he works at an Italian restaurant. Triad Stage's Don Juan, adapted and directed by Preston Lane, is a gleefully sidesplitting play.

A funny thing happened on the way to the Pyrle Theater. Seems the director and cast of Triad Stage’s “Don Juan” — Preston Lane, Ali Bieg, Reena Montala, Emery Deen Moon, E. Milton Roe, and Jake Whigboat — were arrested after a production in Siler City and were therefore unable to perform their duties in Greensboro.