Underneath the Lintel or The Mystery of the Abandoned Trousers 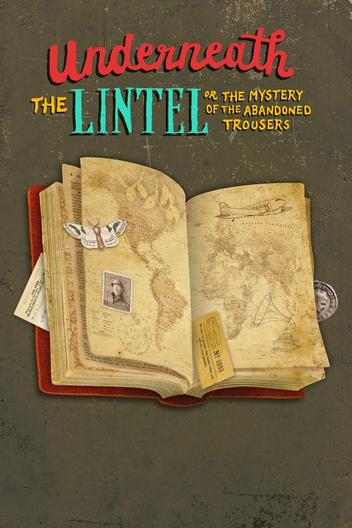 A librarian finds a 113 year overdue Baedeker’s travel guide in the overnight book return. After checking the records and sending off an angry demand for quick payment of a hefty fine to a P.O. Box in China, the librarian thinks the matter is settled. But, the handwriting in the margins and scraps of paper between the pages hint at a mystery yearning to be solved. And so begins a worldwide hunt that will change the librarian turned detective forever.

Photos Underneath the Lintel or The Mystery of the Abandoned Trousers

Videos Underneath the Lintel or The Mystery of the Abandoned Trousers

To say that all of this is in the hands of one actress is a staggering proposition, but in the hands of Goehring, the journey is joyous, determined, heartbreaking, humorous, at times angry, and, ultimately, satisfying.

A travel guide that is 113 years overdue is turned into a Dutch library... A lone librarian is determined to find out who borrowed this book, and, in the process, she wanders through questions about her own life. The audience is asked to do the same, and thus the play is described as “a metaphysical mystery."

Triad Stage opening season with UNDERNEATH THE LINTEL

“It’s a metaphysical mystery,” Lane said. “It starts out with a kind of zany comedy, then keeps finding new layers. Each time we find new layers, we find new questions, new mysteries.