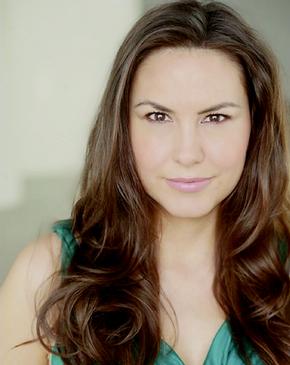 DeLanna Studi (Cherokee) most recently starred in Astoria: Part One at Portland Center Stage and Indiana Repertory Theatre’s Finding Home: Indiana at 200. DeLanna’s Off-Broadway debut in Informed Consent, at the Duke Theater on 42nd Street, was a New York Times Critics’ Pick, which described her performance as “moving gravity.” She was a company member of the Oregon Shakespeare Festival for two seasons, where she was one of only 10 Native people (onstage and off) to have done so!  She performed in the First National Broadway Tour of the Tony and Pulitzer Prize-winning August: Osage County. She has won awards for her performances in Hallmark/ABC’s Dreamkeeper and Chris Eyre’s Edge of America. DeLanna also tours in the Encompass Compassion Play KICK, a one-person show, written by Peter Howard, which explores the power of images, stereotypes, and Native American mascots. She recently starred in the short film Blessed and can be seen in ABC’s General Hospital, Showtime’s Shameless and SyFy’s ZNation. She is the current chair of the SAG-AFTRA National Native American Committee. Her next project, in addition to And So We Walked, will be Portland Center Stage’s Astoria: Part Two. This spring, she will begin writing the memoir counterpart to And So We Walked.