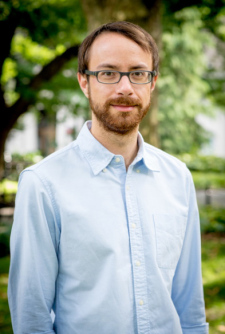 Jeff Sebo is Research Assistant Professor of Philosophy and Associate Director of the Parr Center for Ethics at UNC-Chapel Hill. He previously held positions in Bioethics at the NIH and in Animal Studies and Environmental Studies at NYU, where he received his PhD in Philosophy in 2011. Jeff works primarily on topics in moral, social, and political philosophy including animal ethics, environmental ethics, the ethics of activism, and the ethics of comedy. In addition to his theoretical work, Jeff is also interested in the practice of comedy. For example, he co-edited a satirical newspaper in college, performed improv comedy in graduate school, and interned at the Daily Show with Jon Stewart in the Summer of 2004.