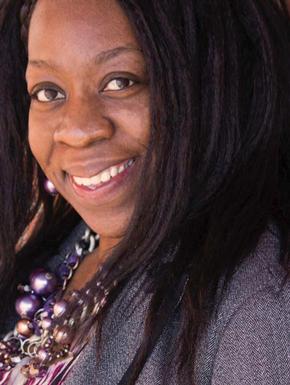 Tamera is an Artistic Associate at Triad Stage. As an Advocate for the Arts, she has worked as a director, acting coach, actress, playwright, dramaturg, and storyteller. Dedicated to allowing voices previously unspoken to become heard, she has worked short and long-term with variant communities to respect, remember, write and perform their stories. She has conducted acting workshops internationally and has presented her directing work in both the United States and abroad. In addition, she has used theatre as a vehicle in which to prevent recidivism and promote education as an English as a Second Language (ESL) and Job Skills Instructor for both immigrant and non-immigrant incarcerated inmates. She works painstakingly to empower others to discover, respect alternative voices, and share their unique perspectives.  Some past directing credits include: Joe Turner's Come and Gone, A Lesson Before Dying, The Bluest Eye, Anna in the Tropics, Blithe Spirit, A View from the Bridge, and Wit. Fences marks Tamera's directorial debut at Triad Stage.