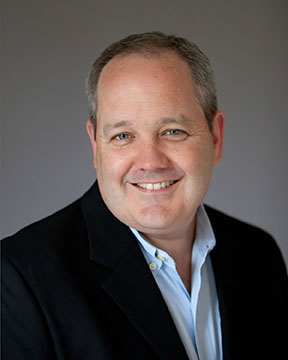 has served as Managing Director of Triad Stage since its inception. Rich earned an MFA in Theatre Management from the Yale School of Drama and has a BFA in Acting and Directing from Marymount Manhattan College. In 2007, Rich was appointed by the Governor to serve on the board of the NC Arts Council, where he is currently a member of the Executive Committee. He has previously served on the boards of ArtsNC and Downtown Greensboro, Inc. and has served on numerous grant panels throughout the state as well as for the Florida Division of Cultural Affairs and the National Endowment for the Arts. Rich has taught Theatre Management at Greensboro College and NC A&T University and has guest lectured at UNC Chapel Hill, UNC School of the Arts, Wake Forest University and UNCG. A native of Dallas, Texas, Rich served as Artistic Administrator for the Dallas Theater Center and Associate Producer of Dallas’ The Big D Festival of the Unexpected. Experience also includes work at the Roundabout Theatre in New York and StageWest in Springfield, Massachusetts. In 2010, Preston and Rich were honored with Downtown Greensboro, Inc.’s J. Edward Kitchen Leadership Award. In 2013, they received the Adelaide F. Holderness/H. Michael Weaver Award from UNCG for distinguished public service. Rich is a 2016 Artist in Residence at UNCG.