Learn more about our mission, values, history, founders, board members, and affiliations.

Triad Stage is guided by core values that inspire all aspects of its operations. These core values are a daily reminder to our entire company of why and how we produce theater for our community.

The artistic process is based in risk.
Our process strives for bold, daring excellence in all our endeavors to enliven our community.
This excellence and risk is made possible by fiscal responsibility and creative tenacity.

We work collaboratively in all aspects of our process.
Collaboration is a skill that demands listening, humility and respect.
We embrace creative thinking in our work together to transform ourselves through story, enlivening our audience and community.

Theater takes us places we have never been before, inspiring our inquisitive natures and creative thinking.
From engaging the natural playfulness of children to reigniting the imaginations of adults, we encourage active learning.
In all we do, we seek to incite a lifetime of curiosity.

We tell the stories of the South in juxtaposition with the stories of the world.
We engage with our ever-changing region—building empathy bridges between our diverse communities.
Our roots are planted deep in the heart of the North Carolina Piedmont and our work is handmade locally, empowering our audiences to say, “Y’all, this Theater is Ours.”

United in shared theatrical event, strangers become friends, common ground is discovered and dialogue begins.
Imagining the lives of others, our capacity for empathy is strengthened.
Triad Stage is vitally welcoming and inclusive , seeking to reflect our community’s diversity in casting and staffing and the stories we tell.

Triad Stage began as the dream of creating a professional not-for-profit regional theatre to serve the communities of the Triad. Co-founders Preston Lane and Richard Whittington forged their artistic partnership as graduate students at the Yale School of Drama. After managing a theater in Connecticut for two years, they undertook the three-year task of opening their own theater in the heart of historic Greensboro.

In September 1999, Triad Stage purchased the former Montgomery Ward building, which had been built in 1936 and sat vacant for almost 40 years. Renovations commenced in the spring of 2001, transforming the five-story building into a world class theater center now called the Pyrle Theater, complete with a 300-seat theater and thrust stage, rehearsal hall, offices, two spacious lobbies, special events areas and other audience amenities. Triad Stage also assumed the management of an offsite production facility, the Greensboro Scene Shop.

The Grand Opening of the theater took place in January 2002 with Tennessee Williams' modern classic Suddenly Last Summer. Since then, Triad Stage has produced more than 75 productions, holiday shows and special events, and has sold over 350,000 tickets.

In 2008, Triad Stage finished a second round of renovations to the Pyrle. A scene shop annex was added in the basement. The top floor underwent major construction to turn what was previously a storage center into the 90-seat Upstage Cabaret performance space, the Sloan Rehearsal Hall and the studio and office facilities of WUNC Public Radio's new Greensboro Bureau.

In 2011, Triad Stage purchased a 30,000 square foot building near the Greensboro Coliseum Complex to serve as the theater's new production facility, relocating its scene, costume and properties shops as well as its warehouse.

In 2013, with significant support from The Arts Council of Winston-Salem and Forsyth County, Triad Stage announced a major expansion of programming to be produced at the Hanesbrands Theatre in downtown Winston-Salem.

Triad Stage now has over 3,200 Season Passholders and more than 400 annual donors. The theater company has received accolades on the national, state and local levels, including being named "One of the Best Regional Theaters in America" by New York's Drama League, voted the Triad's "Best Live Theater" by the readers of the News & Record's GoTriad seven years in a row and "Professional Theatre of the Year" by the North Carolina Theatre Conference. Its production of Tobacco Road was listed among the "Best of 2007" by The Wall Street Journal. Triad Stage has been spotlighted in American Theatre, Stage Directions, Southern Living, Playbill.com, Our State and UNC-TV's "North Carolina Weekend". The American Theatre Wing, founder of the Tony Awards®, named Triad Stage "one of the top ten most promising theatres in the country" as the recipient of a 2010 National Theatre Company Grant.

Preston is in his 17th season at Triad Stage where he has directed over 50 productions. In 2017, Preston was awarded a three-year playwriting residency with the Sally and Don Lucas Artists Residency Program at the Montalvo Arts Center in Saratoga, CA. Preston was a 2014 finalist for the SDC Zelda Fichandler Award, a recipient of an NC Arts Council Playwright Fellowship and the Betty Cone Medal of the Arts.

As a playwright, Preston’s plays and adaptations have been produced at Triad Stage and other theaters and universities. His work with musician Laurelyn Dossett includes Brother Wolf, Beautiful Star, Bloody Blackbeard, Providence Gap, Snow Queen and Radiunt Abundunt. Other productions include the US premiere of Inexpressible Island (Dallas Observer Best of Dallas Awards: Best Director, Best Production) and The Night of the Iguana (Dallas Morning News: 2002 Top Ten Theatre List).

Preston has taught at UNCG, where he was a 2016 Artist in Residence, and also at NC A&T, UNCSA, Greensboro College, SMU, and the Professional Actors Workshop at the Dallas Theater Center. He is an alumnus of the Drama League of New York’s Director’s Project. A native of Boone, NC, Preston received his BFA from UNCSA and his MFA from the Yale School of Drama. 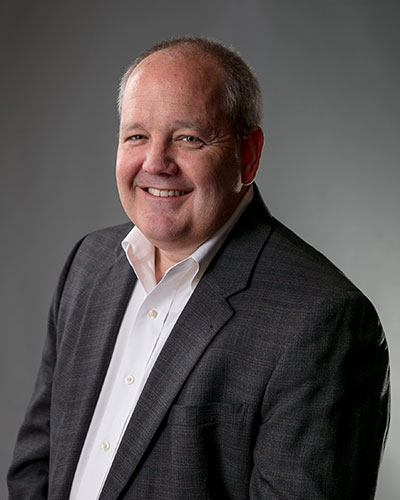 Rich has served as Managing Director of Triad Stage since its inception. Rich earned an MFA in Theatre Management from the Yale School of Drama and has a BFA in Acting and Directing from Marymount Manhattan College. Rich served for nine years on the board of the NC Arts Council, where he participated as a member of the Executive Committee. He has previously served on the boards of ArtsNC and Downtown Greensboro, Inc. and has served on numerous grant panels throughout the state as well as for the Florida Division of Cultural Affairs and the National Endowment for the Arts.

Rich has taught Theatre Management at Greensboro College and NC A&T University and has guest lectured at UNC Chapel Hill, UNC School of the Arts, Wake Forest University and UNCG. A native of Dallas, Texas, Rich served as Artistic Administrator for the Dallas Theater Center and Associate Producer of Dallas’ The Big D Festival of the Unexpected. His experience also includes work at the Roundabout Theatre in New York and StageWest in Springfield, Massachusetts.

In 2010, Preston and Rich were honored with Downtown Greensboro, Inc.’s J. Edward Kitchen Leadership Award. In 2013, they received the Adelaide F. Holderness/H. Michael Weaver Award from UNCG for distinguished public service. Rich was a 2016 Artist in Residence at UNCG.

Our Board of Trustees

Triad Stage is committed to serving as a bridge between educational and professional theater. We have a professional affiliation with many area colleges and universities including UNC-Greensboro and UNC-School of the Arts.

As the only MFA Acting program in the region, Triad Stage works with UNCG Theater to ensure that every graduate student has the chance to appear in a professional production before they graduate. Triad Stage's Artistic Director serves as the Co-Chair of UNCG's MFA Directing program and Artistic Associate Bryan Conger is both an adjunct Professor of Theatre and a UNCG graduate. Triad Stage also employs many of the UNCG faculty members as designers, fight directors, vocal coaches, music directors and movement coaches. For the past 8 years, Triad Stage and UNCG Theatre have co-produced a summer theater festival called THTR 232.

UNC School of the Arts (UNCSA)

Triad Stage has formal partnerships with UNCSA's School of Design and Production, including the Sound Design program chaired by renowned Sound Designer David E. Smith and the Costume Department Chaired by Bill Brewer. Triad Stage also employs many of the UNSCA faculty as designers and theater artists.

Triad Stage is a member of

The NCTC membership is a vibrant network of theatre artists and organizations with year-round events and programs to foster member collaboration and provide professional development and educational opportunities.

The Southeastern Theatre Conference is a dynamic membership organization, serving a diverse constituency and reaching out across ten states in the southeast region of the United States and beyond.

The NC Triad Theatre League is an alliance of theatrical organizations who have come together to unify and sustain our collective missions, to be ​inclusive of the entire Triad community of all ages and backgrounds, and provide collaborations and resources for a stronger arts community.

The High Point Chamber of Commerce was founded in 1919 and exists to assist and grow a prosperous business environment and thriving workforce while standing as the united voice for business in the Triad area.

Triad Local First is a non-profit membership organization with over 312 members - locally owned and independent businesses in North Carolina's Triad - and commitment to building a strong local economy and a vibrant, unique community.

The Guilford Merchants Association is a business membership organization focused on supporting member companies with educational programming, lead generation activities, marketing opportunities, and overall enrichment while serving as a catalyst for community growth and prosperity.